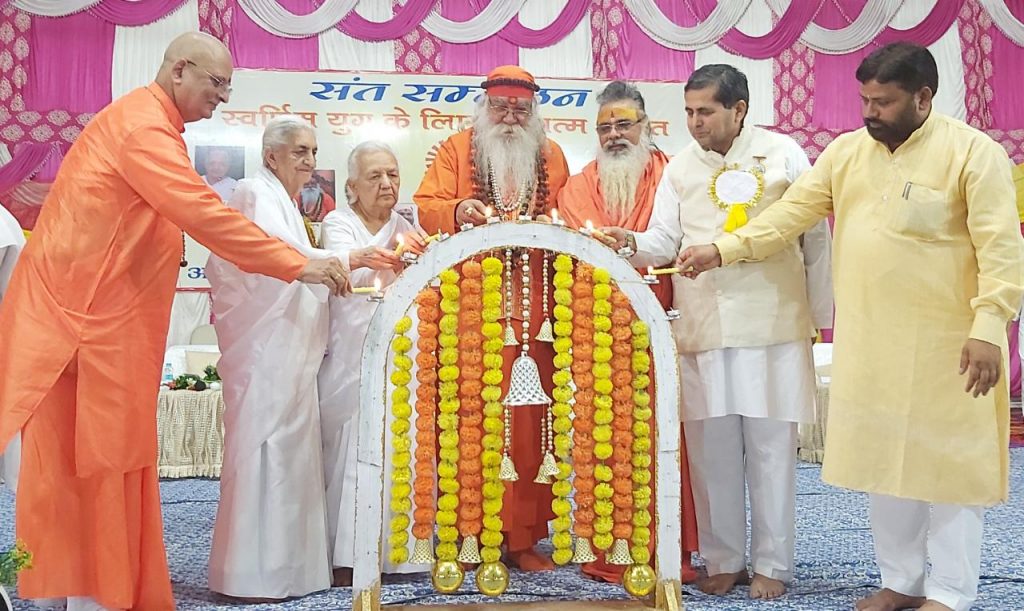 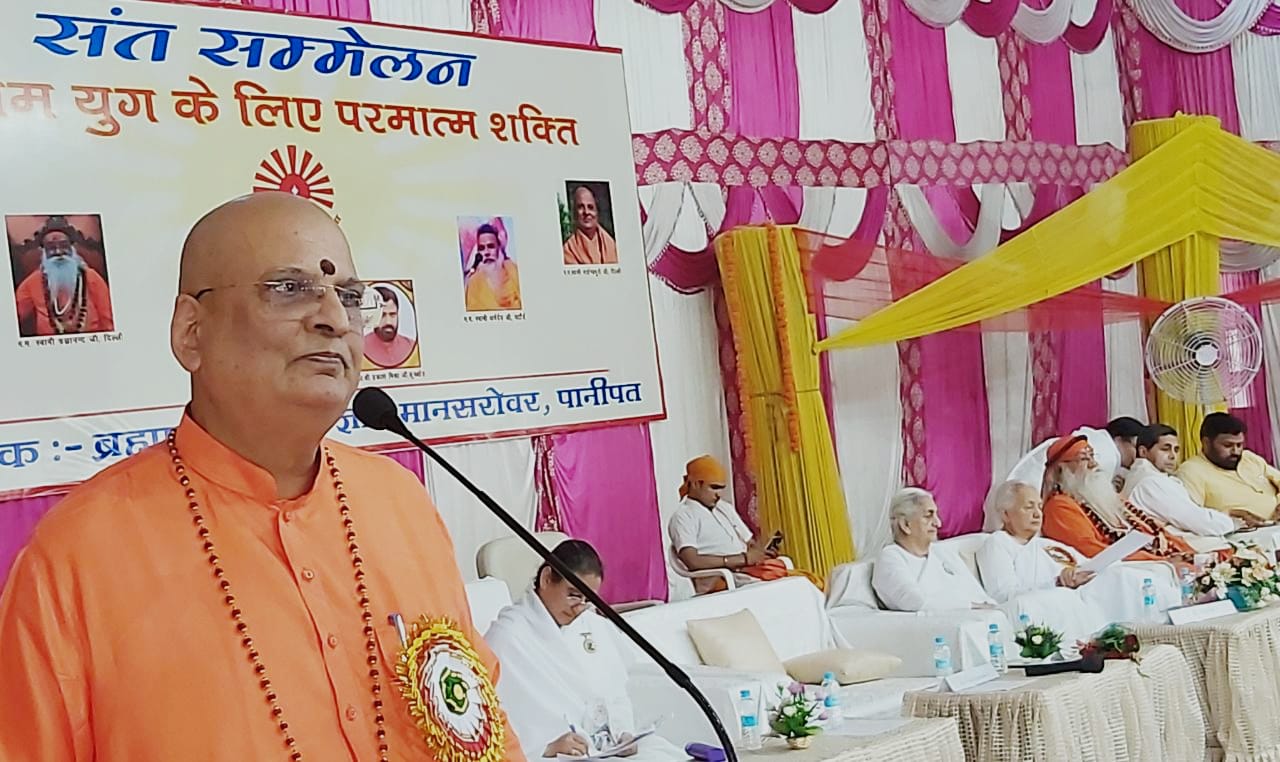 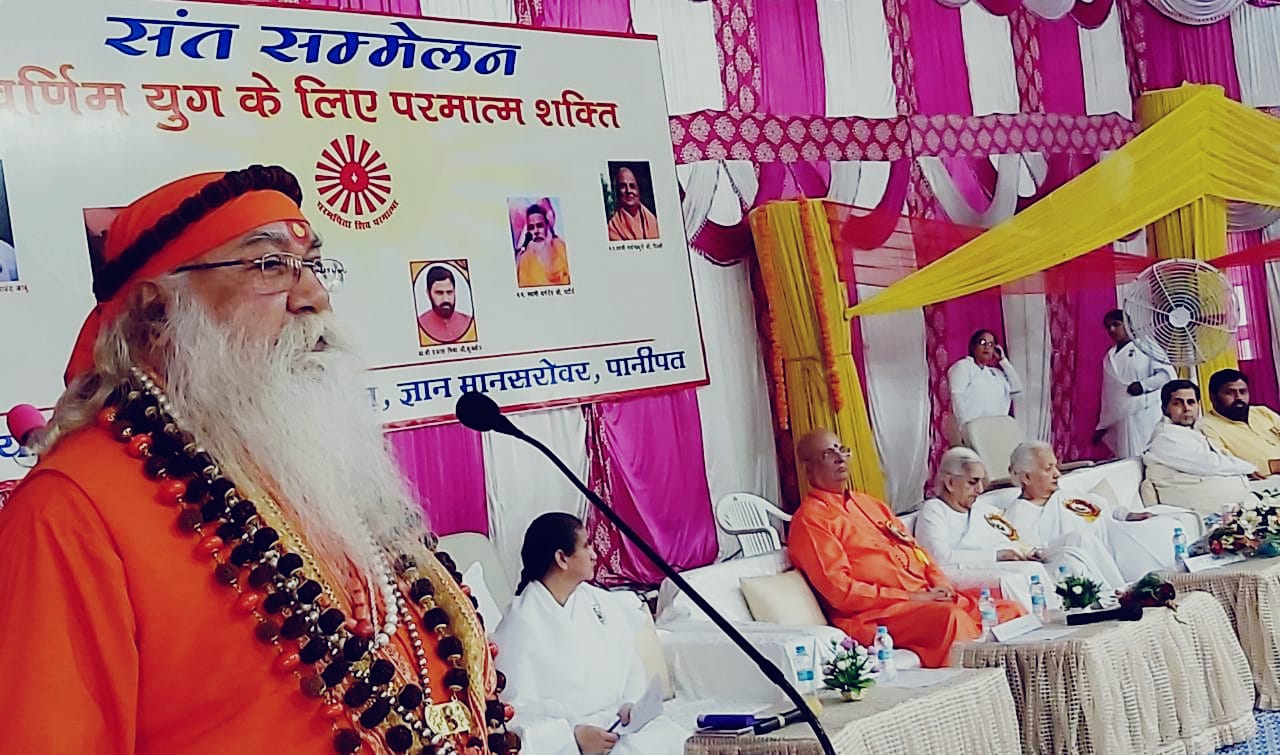 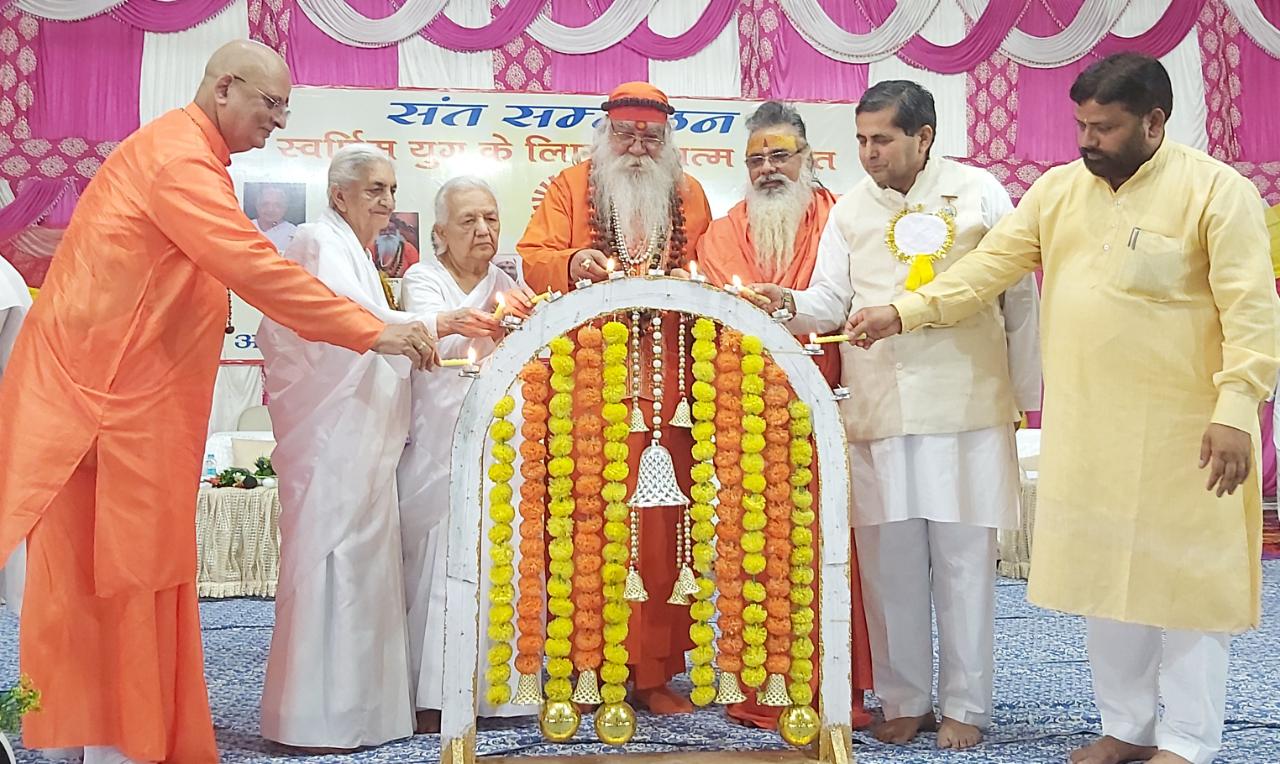 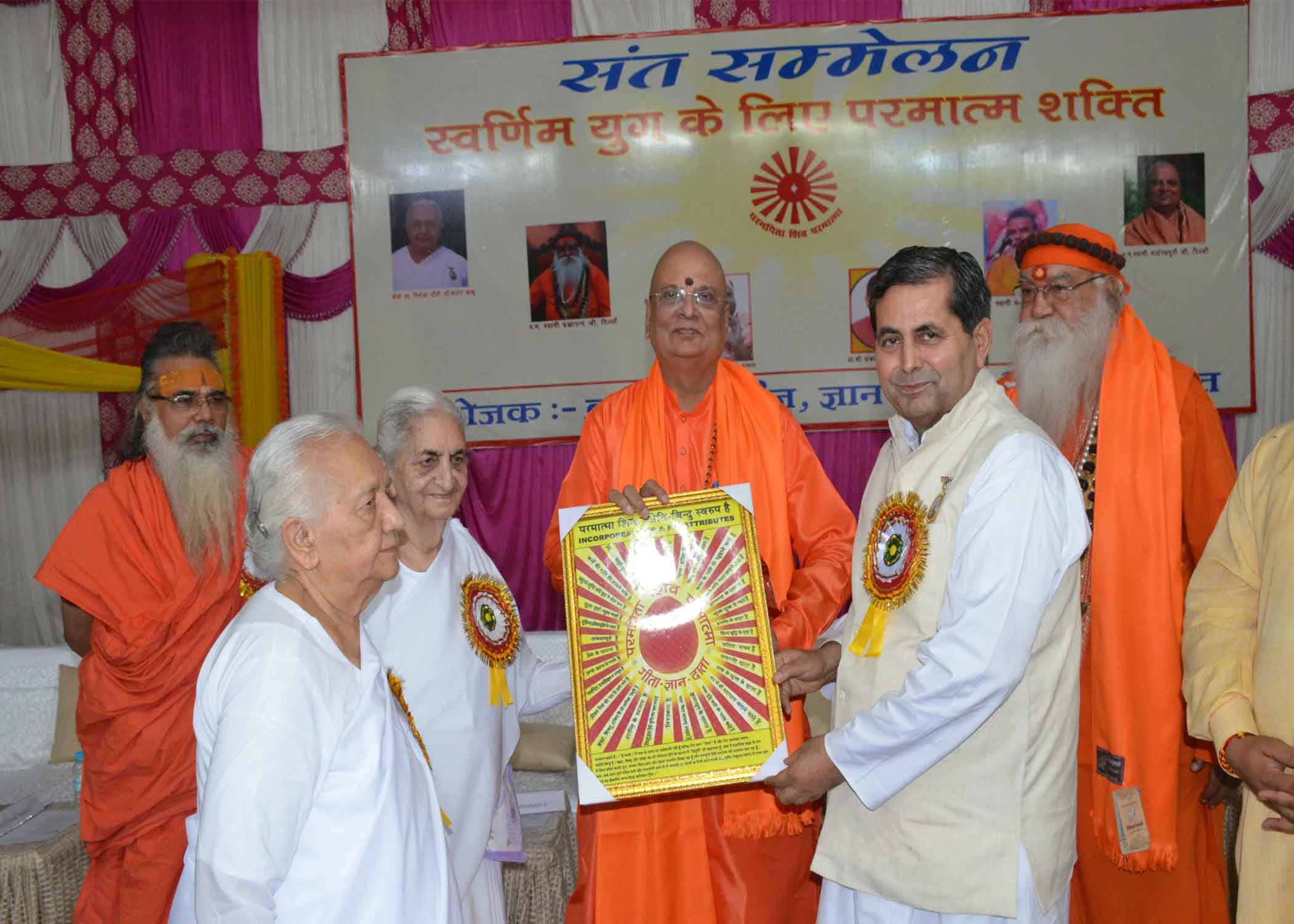 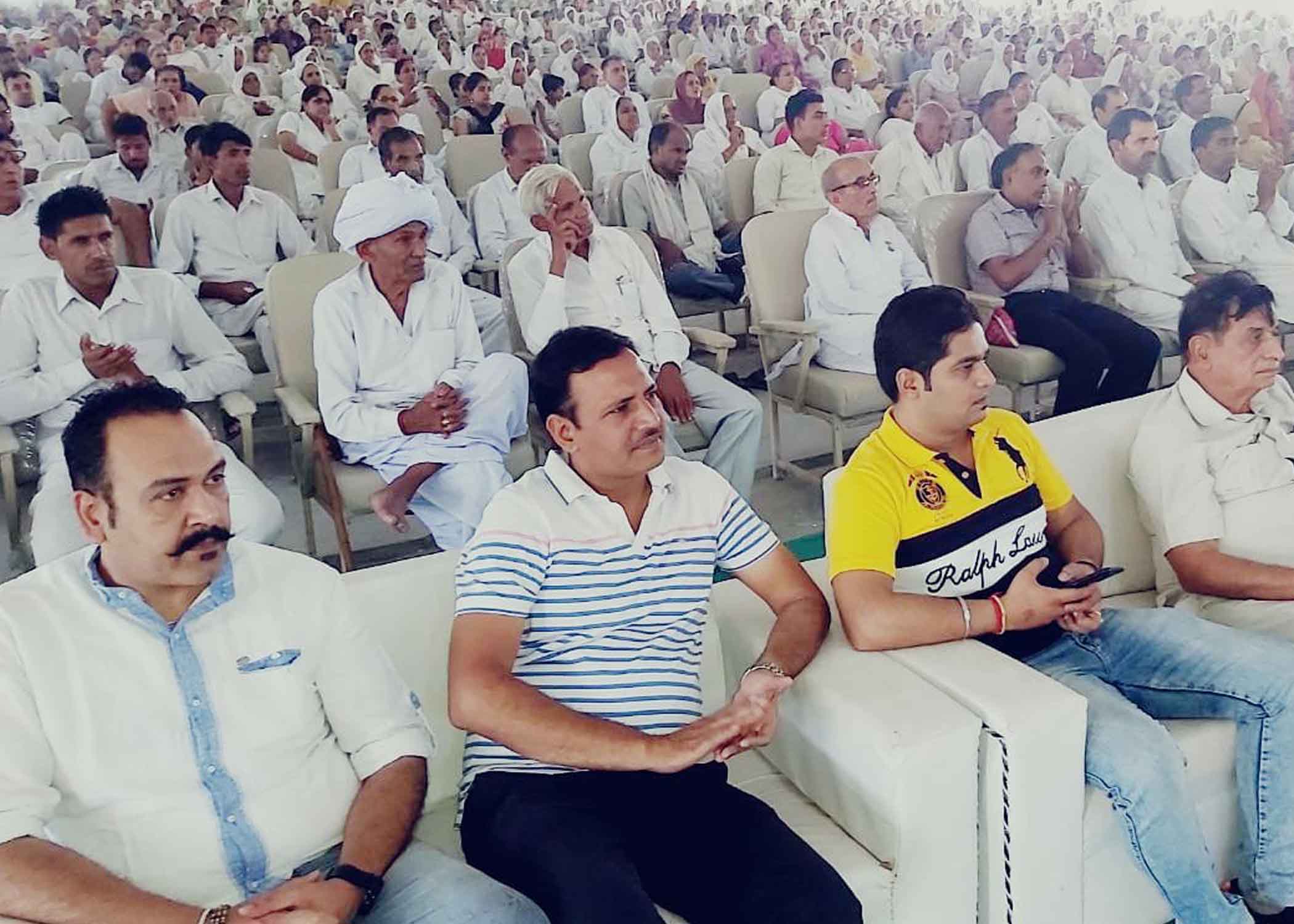 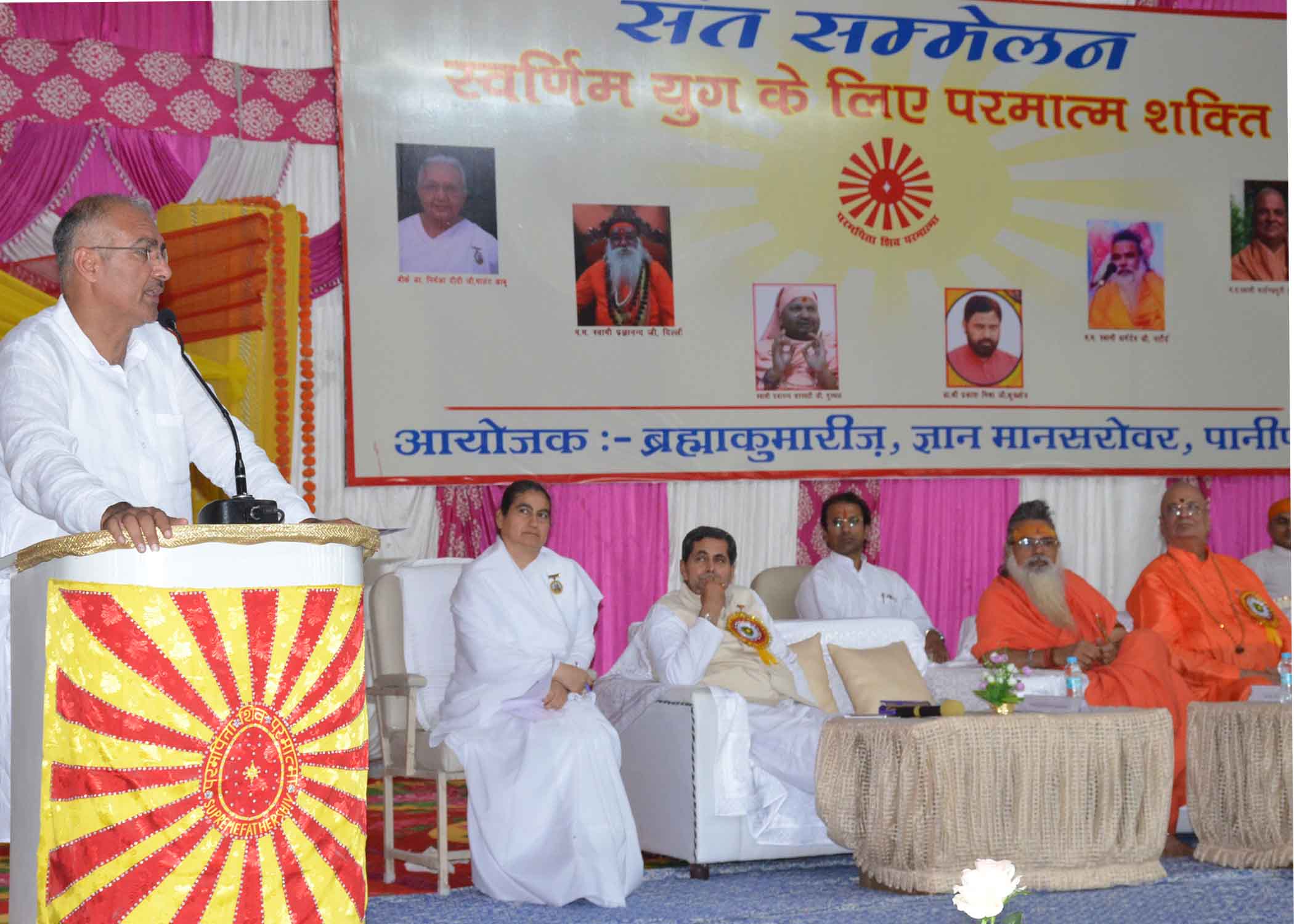 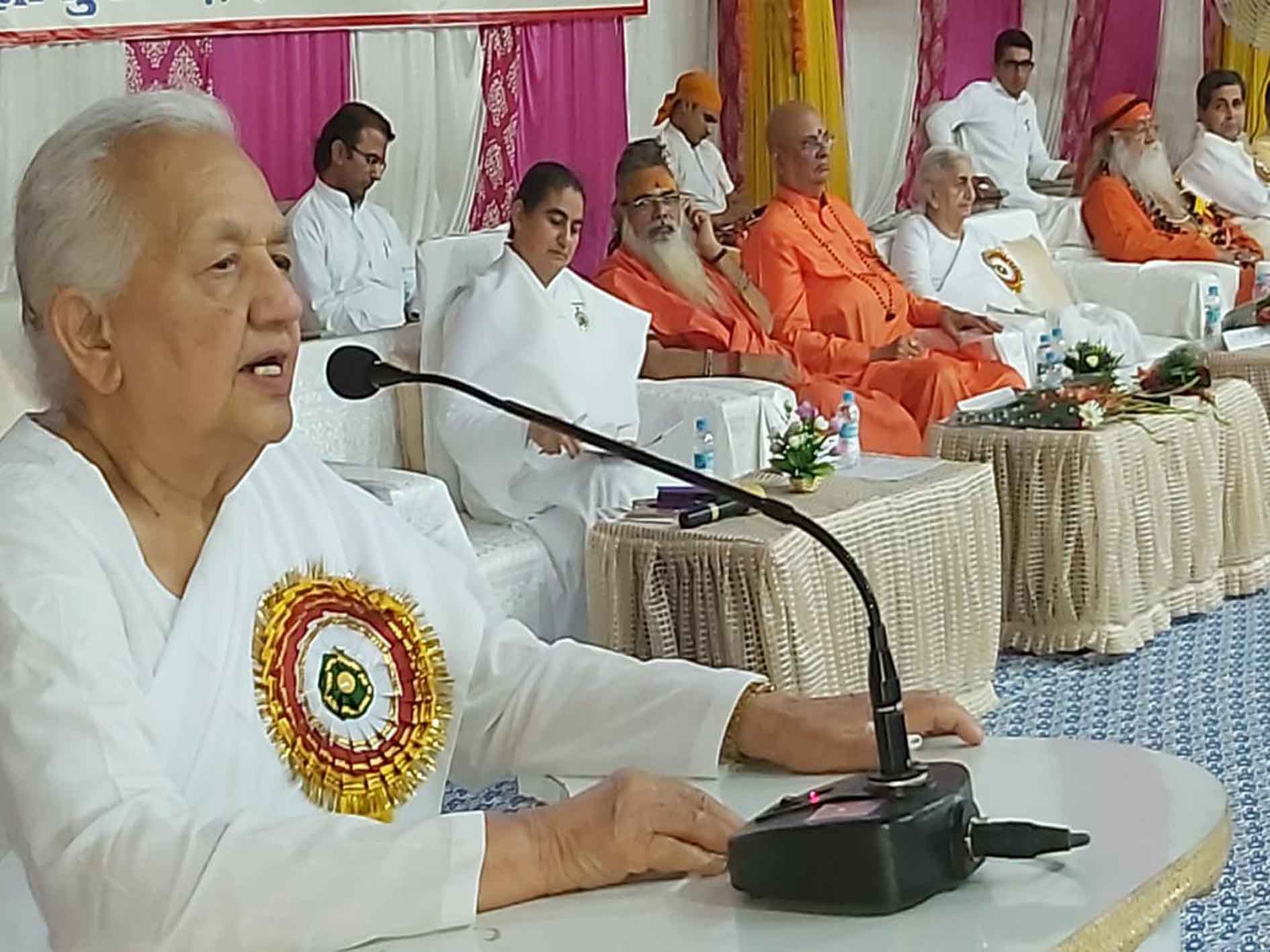 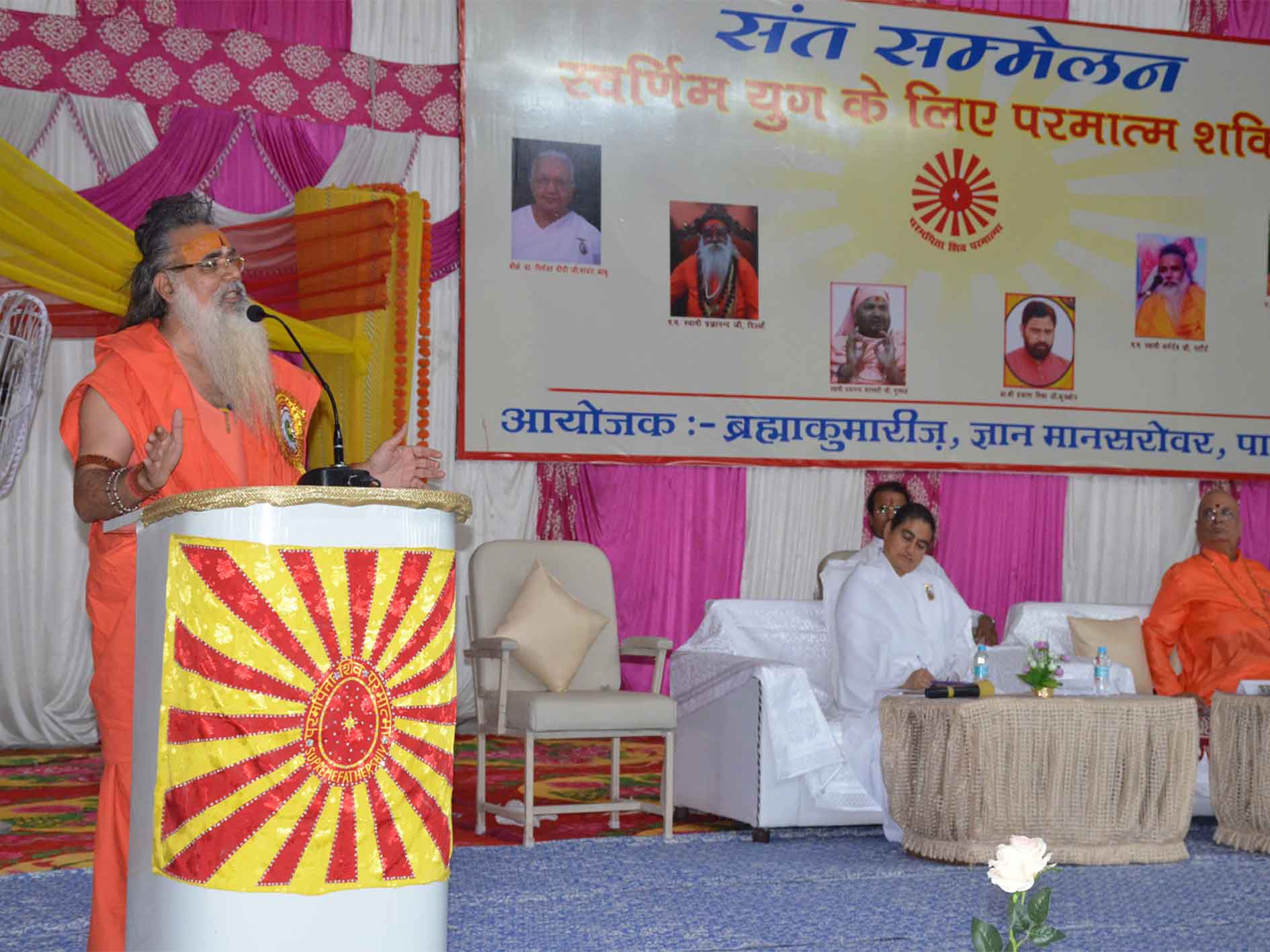 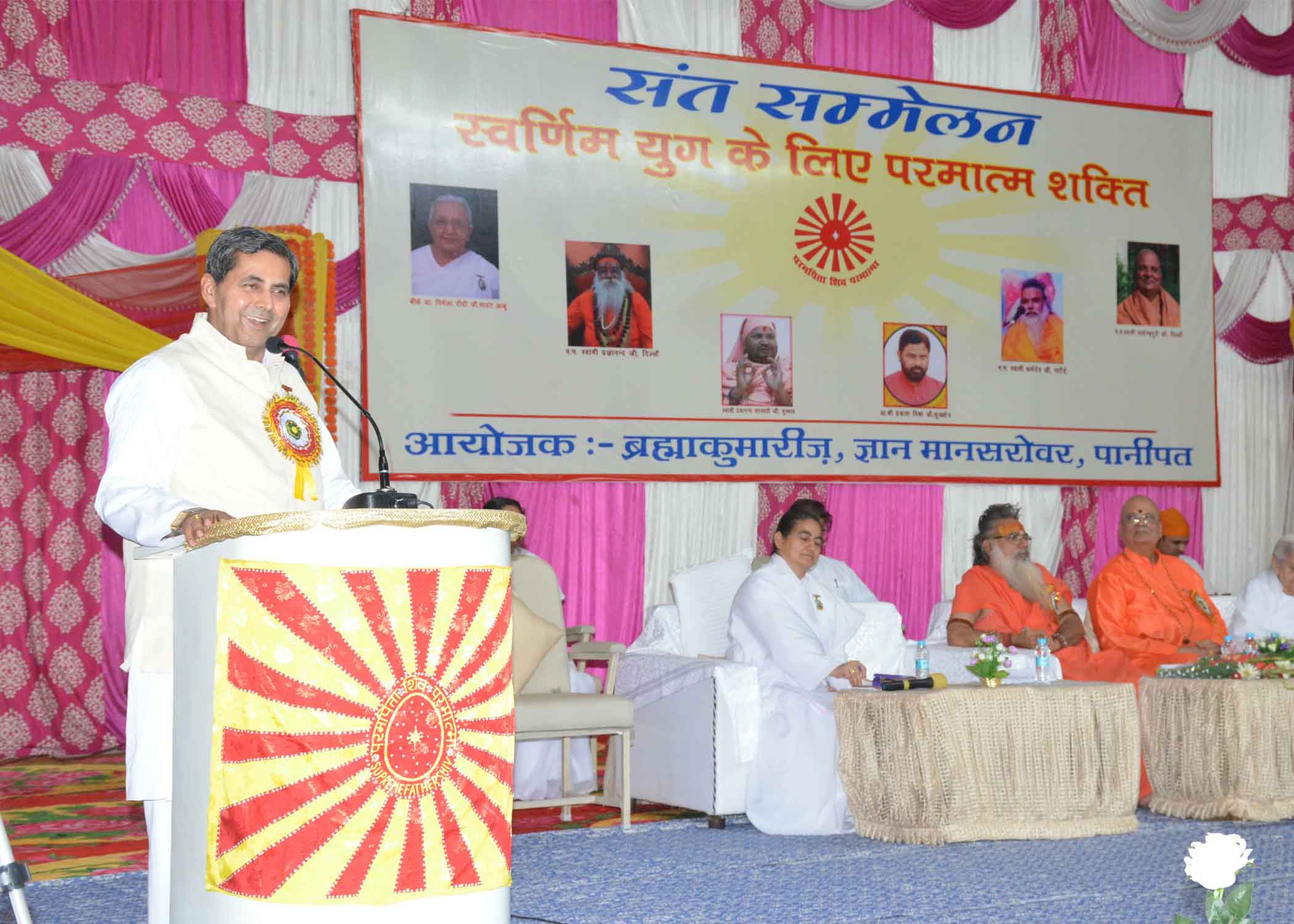 Gyan Mansarovar – Panipat- “Brahmakumaris organization was established for the benefit of the universe”, said by Mahamandaleswar Swami Pragyanand while addressing a Sant Sammelan organized at the Brahmakumaris Gyan Mansarovar, Panipat. The august Sammelan was held at Dadi Chandramani  Universal Peace Auditorium wherein more than 1000 people gathered and which was addressed by as many as four Mahamandaleshwars from various parts of the country and was graced by Dr.   Nirmla didi Ji from Mount Abu, the Brahma Kumaris International H.Q. The programme was a part of the Canopy Theme of the Brahma Kumaris World Spiritual University for the year 2019-20: “God’s Power for Golden Age”.

The first ever grand Sammelan at Panipat was inaugurated by lighting candles by the honoured dignitaries. Addressing the audience, Mahamandaleswar Swami Pragyanandji, the founder of the International Pragya Mission, Delhi said, “I have travelled many places of the world many times; I have visited many foreign service centres of the Brahma Kumaris; my special experience is that this is the only organisation in the world, based in India, which is doing benevolent services for humanity, for the world”.

Another Mahamandaleswar Swami Dharmdevji, the President, Sant Samiti, Haryana, Pataudi said that the essence of flower is fragrance, the essence of life is character; the Brahma Kumaris, “I hope, is the only International organisation, guided and headed by women, which has been working tirelessly since its inception in 1936 for character building in humans”. Dharmdevji even remembered that he had visited Mount Abu which had been a great and lucky visit for him. He even added that the visit to Mount Abu was a great success in his life.
Mahamandaleswar Swami Martandapuri, Delhi also praised and appreciated the activities of the international spiritual organisation and said that change of the world is the call of time — for the change of the world humans should take the responsibility to change themselves. Moreover, Swamiji said that simplicity is one of the most important qualities that leads man to divinity.
Dr. Prakash Mishra, the founder of Matribhumi Mission, Kurukshetra said that the governments can provide roads, electricity, buildings and other material amenities, but the most important things the present society requires is the values which have been taught by the Brahma Kumaris only.
Dr. Nirmala Didiji, the director, Gyan Sarovar, Mount Abu said that the Brahma Kumaris has been teaching millions of people to lead a life free from addiction, stress and vices by God’s Power. In more than 140 countries, thousands of people have made their lives pure by following the Brahma Kumaris teaching of value-based principles.
Rajyogi Brahma Kumar Bharat Bhushan, the Director, Gyan Mansarovar, said that for changing life to the positive direction, God’s power is required. It is God’s Power that makes you know and realize yourself and your self-power, and then you will realize God’s Power.
Rajyogini B.K. Sarla Didi, Brahma Kumaris  Circle in-charge, Panipat demonstrated and made the audience practice Rajyoga Meditation to experience God’s Power.
On this auspicious occasion, newly elected M.P. from Karnal Bro. Sanjay Bhatia, who has won the election with highest ever difference in the state of Haryana and the second highest difference in India, was congratulated by the host organization, the general public and the Mahamandaleswars. The M.P. also greeted the Mahamandaleswars and the guests. In addition, the BJP MP promised that he would never indulge in any type of corruption (like taking bribes etc.) in the public services during political career.