Dadi Ratan Mohini has been brought up in an atmosphere where spiritual leanings had been the watch-word of day-to-day life. The material concerns of life disturbed her while she found solace in spiritual activities and discourses even at an early age. This noble bent of mind attracted her to the Om Mandali, which was the initial name of the Brahma Kumaris Organisation.
Dadi Ratan Mohini Ji was awarded in 2014 the honorary Degree of Doctor of Philosophy by the Gulburga University, Gulburga (Kar.) in recognition of her spiritual, moral and social empowerment of youth and women in particular and society in general.
Dadi Ji has created many landmarks and established a few milestones as a Rajyogini and a Brahma Kumari. She represented the organisation at the World Peace Conference in Japan far back in 1954. In 1985, she organised a national rally with the theme Bharat Unity Padyatra, which was inaugurated by the then President of India, HE Giani Zail Singh. In 2006 she organised the world’s biggest rally under the banner of Swarnim Bharat Yuva Padyatra.
True to her name, Dadi Ratan Mohini is a real gem of the Brahma Kumaris Organisation, which continues to chisel and polish the other precious stones with her multifarious services to humanity.
It is an opportune moment for all of us to offer our best and sincere wishes to such a divine dignitary like her on this joyous and delightful occasion. 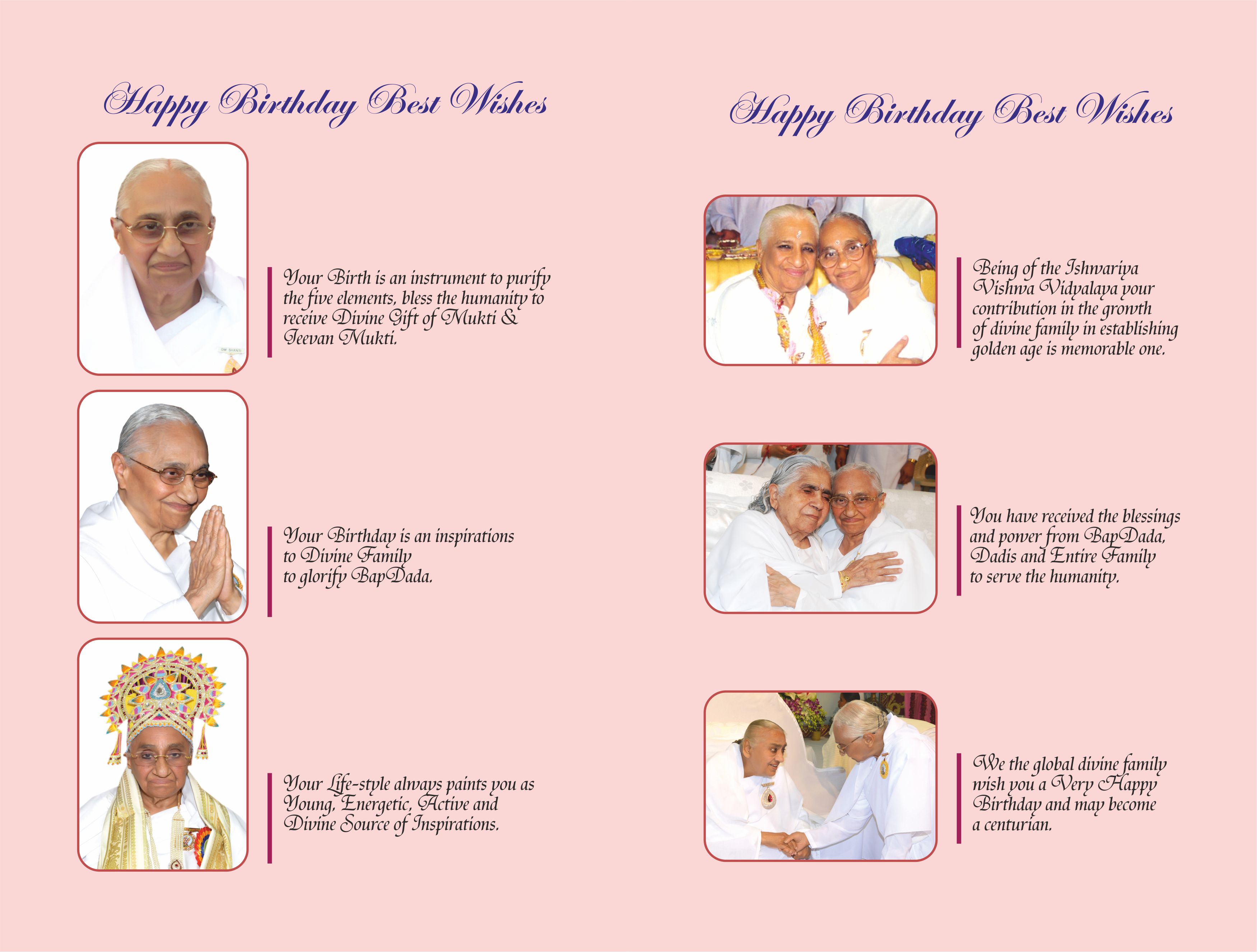 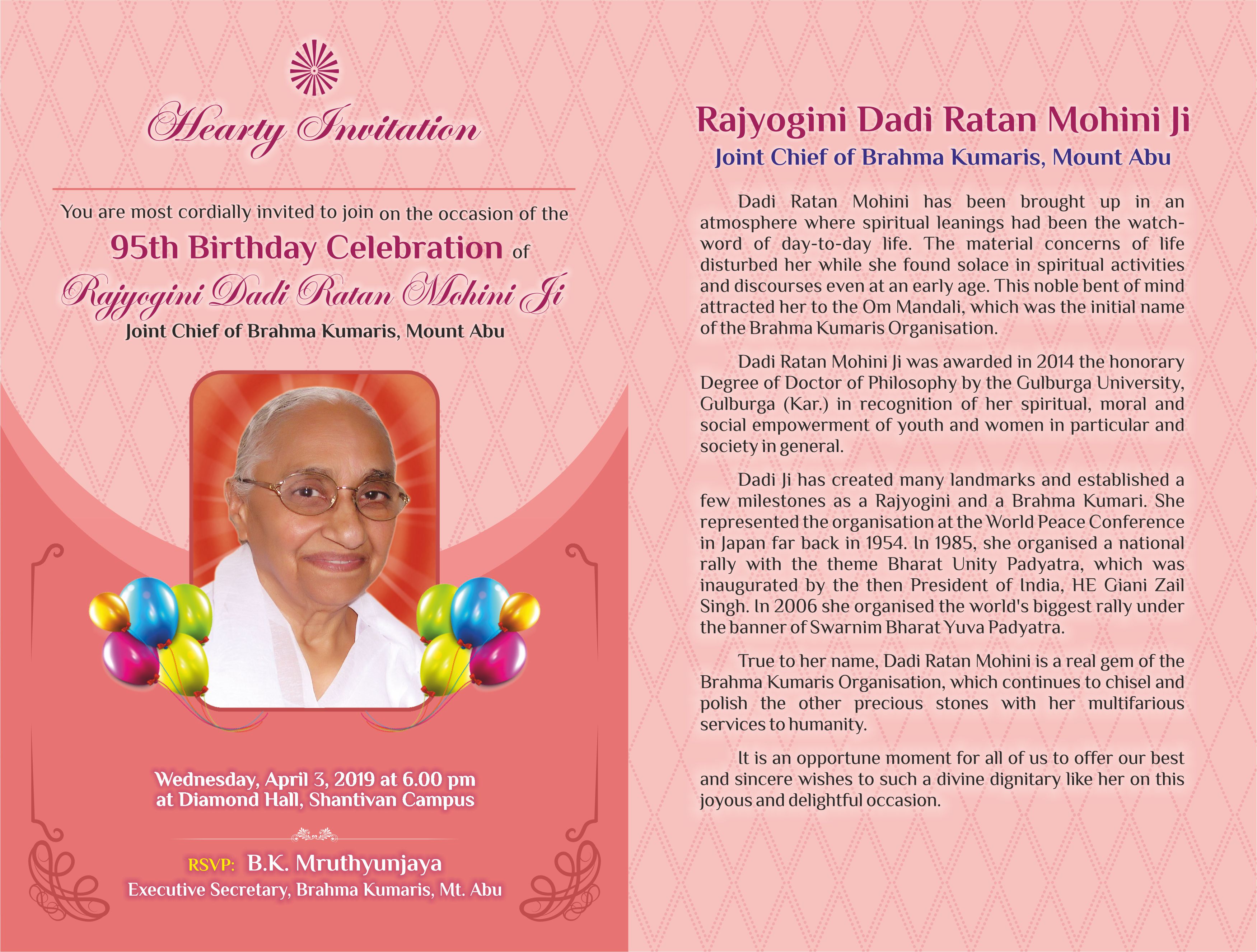